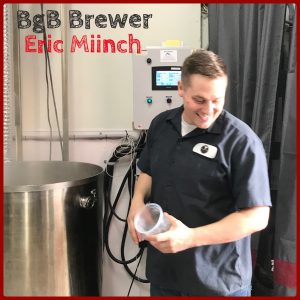 Eric is the newest member of Team BgB, having started February 2021.
Eric was born and raised in KINGSVILLE and his family still calls our beautiful town home. Once done school Eric moved to Toronto to pursue his dream of acting in the theatre & comedy. It was during this time that Eric began his journey into the world of home brewing and his LOVE for all things beer began. Eric was fascinated by the process of how good beer came to be. He admittedly became a beer nerd and a voracious reader of fermentation science. Eric moved back home to Essex County a decade later in 2018 & went to work for The Beer Store and our friends at Sandwich Brewery and then Kingsville Brewery before landing with us at Banded Goose.
This story has just begun.